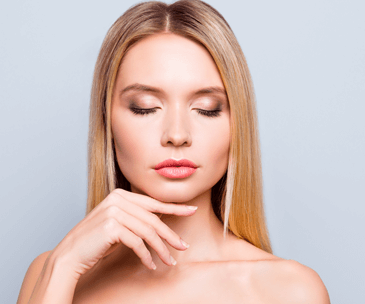 ‘Jowls’ is the term given to the sagging skin below the jawline and chin. The appearance of jowls can significantly alter the face shape so that it appears square and less youthful.

Jowls appear due to the loss of collagen and elasticity as we age, which both typically maintain our fuller facial look during our youth. Once these natural proteins are depleted, the skin will naturally sag due to the force of gravity. As well as being caused by natural ageing, genetics can cause the jowls to be more pronounced in certain people than others. For example, those with thinner skin are more likely to get jowls, and they may also acquire them earlier in life.

Jowls can be cause as a result of lifestyle and environmental factors, too. Patients with increased sun exposure, excessive weight loss and who smoke will be much more susceptible to sagging skin below the jawline and chin. Jowls have even been said to appear as a result of technology in recent years, with patients constantly tilting their heads down to look at their phones; this has been referred to as “tech neck”.